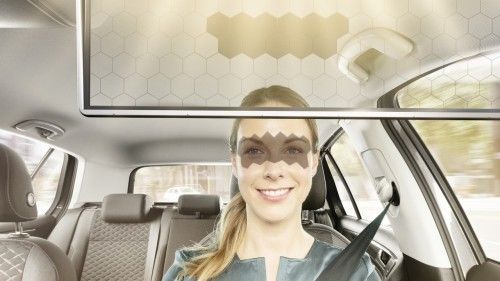 Supplier Bosch has developed a digital sun visor that can make a shadow to prevent you from being blinded by the sun. The 'Bosch Virtual Visor' is a kind of transparent display.

The sun visor in our cars has a relatively limited efficiency. You can't always keep the sun out of your eyes with it and sometimes it even limits the view. Bosch has tackled the problem and has developed a digital system that better prevents glare. The Bosch Virtual Visor is a transparent screen that can darken part of its surface to create a shadow spot and protect the eyes of the driver. With the least glare, the screen immediately darkens. This dark zone is constantly adapting and evolving according to the position of the sun's rays. And that without obstructing the field of vision. The system works with a camera that tracks the driver's face to detect changes in brightness. However, this innovation is not yet sold to constructors.